Treatment of hemorrhoids at Mediland Medical Center is the competence of proctologists who are proficient in modern methods of diagnosing and treating of this pathology. Specialists of the clinic constantly improve their skills and knowledge in the framework of specialized conferences, master classes and in communication with colleagues from France, Israel, Switzerland and other countries of Western and Eastern Europe.

Many of the approaches to the treatment of hemorrhoids, used in the medical center, are our personal experiences, which for decades allow physicians to treat patients with the maximum possible effect and minimal discomfort. Thanks to such approaches, many of the patients in the medical center note a complete absence of pain, even after the most extensive surgical interventions for advanced forms of hemorrhoids.

The essence of the disease lies in the formation of hemorrhoids inside the rectum from the existing there, the so-called "cavernous bodies" - special blood vessels with delicate and easily stretchable walls.

A separate group of diseases is hemorrhoidal thrombosis.

The essence of thrombosis is the rupture of the artery that feeds cavernous tissue located under the skin or inside the rectum. The disease is accompanied by the formation of a painful bump under the skin (in fact, a blood clot), and passes without a trace after the end of the course of treatment.

Acute hemorrhoidal thrombosis can develop in people who do not suffer from chronic hemorrhoids and, contrary to existing myths, does not require complex treatment methods.

For the treatment of hemorrhoids in the arsenal of our doctors there is a full range of modern equipment: lasers, high-frequency coagulators (including Surgitron), biological tissue welding systems, ligation, devices for fixing the mucous membrane and performing various hardware hemorrhoidectomies.

As with the early stages of the disease, and with its advanced forms, the knowledge and skills of the proctologists of Mediland Medical Center will allow you to get rid of hemorrhoids quickly, with minimal discomfort, with excellent physiological and cosmetic (which is especially important for women) effect!

We offer the most optimal price-quality ratio, with a guarantee of 100% result. Contact our clinic and forget forever about hemorrhoids! 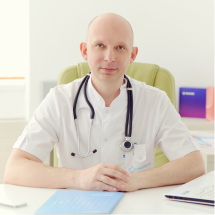 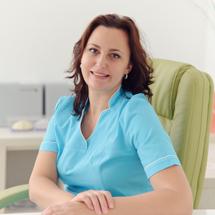 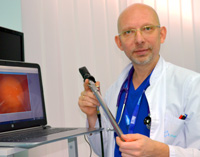 Treatment of hemorrhoids with conservative methods

It should be noted that the treatment of hemorrhoids without surgery is effective in the early stages of the disease.

Most often, therefore, hemorrhoids are treated after childbirth, or else during pregnancy, but only after a full examination.

Hemorrhoids in its advanced form do not respond well to conservative methods of treatment, and in this case, such treatment can only alleviate the symptoms, but not completely relieve them. In order to completely get rid of the disease, surgery is needed to remove hemorrhoids in the hospital.

The essence of the method lies in the fact that with the help of a laser, cauterization of the vessels of the hemorrhoid is carried out, thereby stopping the blood flow to the node, and it disappears with time.

After laser surgery hemorrhoids are removed, and the disease may never disturb the patient again.

This technique is performed using a laser, without cuts. Through small punctures, laserthrodes are inserted into the hemorrhoids, where, under the influence of the beam energy:

In extremely advanced cases of the disease and with some individual characteristics of the patient, the laser surgery can be combined with other surgical techniques. In most cases, the operation is complemented by fixation of the mucous membrane of the rectum, which falls outside when the disease forms are neglected, with special sutures. In our clinic, such fixation is performed using Italian surgical kits. After resorption of the sutures, the mucous membrane that fell out of the rectum during stool, together with the hemorrhoidal nodes, is securely fixed in the normal anatomical position and does not bother the patient at all.

Approximate term of disability is 3-7 days.

The total cost of laser surgery for hemorrhoids is 740-1070 euros.

During surgery, large nodes are removed, small ones are coagulated with a laser (prevention of relapse). The external nodes are excised through small incisions. The integrity of the skin and tissues above the removed internal nodes is restored by special absorbable sutures.

The operation permanently relieves the patient from hemorrhoids and, gives excellent functional and cosmetic results.

The intervention is performed under "regional" anesthesia, completely painless.

The term of hospitalization is 2-3 days.

The essence of the method consists in the circular excision of a part of the mucous membrane of the rectum together with the vessels supplying the hemorrhoids enlarged to grade III - IV. Due to resection of a rather wide strip of mucous membrane, the falling out tissues are pulled back into the intestine with a “hardware suture”.

The technique gives good and stable results in time, although it is not radical in essence. Blood supply of nodes can be restored at the expense of the remained vessels.

The patient needs hospitalization for 2 to 3 days. The operation is performed under the conditions of “regional anesthesia”.

Approximate disability period is about 7 days.

The operation is performed under local anesthesia and does not require hospitalization in the department.

The operation consists of the excision of inflammations or simply causing discomfort and aesthetic dissatisfaction in the patient's external hemorrhoids.

This procedure removes excess of the skin with nodes of cavernous tissue under it. Healthy skin is restored with a special suture. After surgery, the appearance of the perianal area takes on a natural, healthy look.

The estimated cost for such treatment is 250–600 euros, depending on the need for correction of the accompanying pathology.